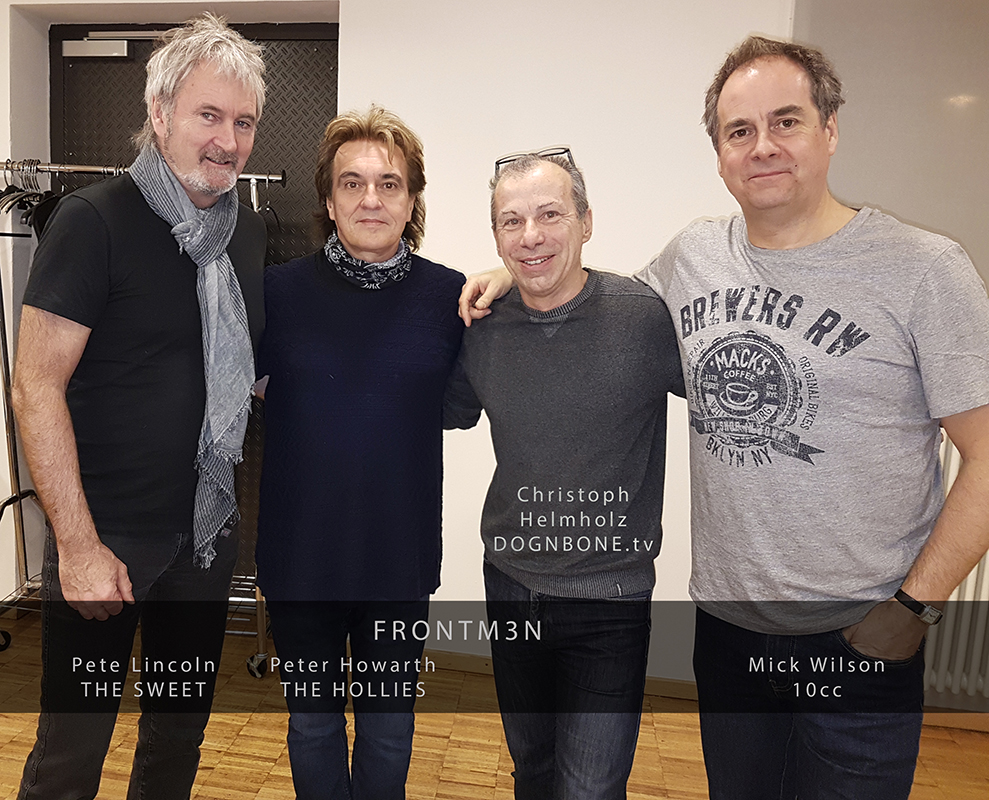 One year later, we met us again. Last year I did a short FRONTM3N Clip 2017 for them. They are all Leadsingers, Frontman of famous 60ies Rockbands – THE SWEET | THE HOLLIES | 10cc.  In this formation they love to play famous, old songs, their own compositions.

Now i met them again. It was very nice to see them again. This time i record one song in 360degree as a test. It is not edited it needs a while.

They started a few years ago. This New Year Eve, they played in front of the Brandenburger Tor in Berlin. Let’s see what happens. If you have ever the chance to listen them, do it. In the 70ies i never heard their music, but now I like it. Of course because i know now the musicians They are real good musicians and very great people. All of them played once with Sir Cliff Richard.