Yesterday night, they invited me for a dinner, typical chinese dinner. Wath shall I say, it was tasty, we had fun even they cannot speak very good english, me not chinese. We managed and had a wonderful evening. I would like to work more with them, they too. So lets figure out how. 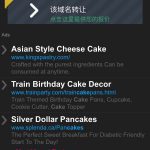 After shooting the bus station with the Memorial in background, i crossed the road sit down and here the music coming from the backyard. With the lampions and the light it looks very nice. I went to the music. It was very nice listening. A mix of chinese street music, from time to time with some Rap elements. It sounds great.

I did some shootings.  What i give to have also the Sony Alpha 7R or S which shoot such amazing pics in the low light. It is a hard job. Nevermind, i have what i have and did my best. Just beside was a nice coffe bar. And the had a capuccino. It was a great taste after all the time to drink a real good coffee. The Bar called Coffeebreak. I was sitting outside by this warm summer night. Suddenly I see the singer, he makes a break. We looked at each other and start to talk. Of course he can have the photos. As photographer i give my best, so after the break i did more photos. Now more from the middle of the circle like I´m used to it.

Suddenly the singer announce me as his friend, of course in fact of his good english, he told. He thanks me for taking photos, so he pleased the audience to give an applaus. Hey come on, when I get the last applaus for my photographer work. It was surprised and it was an amazing guesture of the musician.

These encounter i love when i´m travelling. This little moments where you share with unknow people. This is peacful and makes people understanding each other.

By the way, this happen to me also in the E-market. I was looking for a cheap Tripod. At least i want to buy a powerbank for my cellphone, cos i shoot too with that device. It is not common that the people understand english. A young woman helped me and i gave her my card. She wrote me how to load, to handle the powerbank or mobil charger as they say here in China. I love this little stories

I found by walking around. In a backyard i hear music, I go closer and discovered this great muscians. Hope i get the name of them.