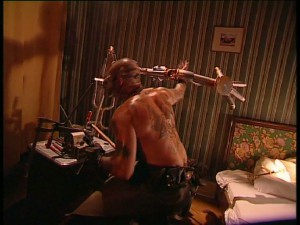 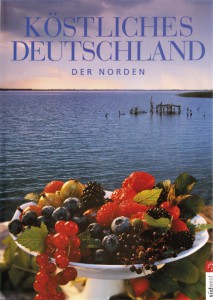 Summary:
Christoph Helmholz learned in the 80ties acting among others by Gaetano Cartollaro an ex-member of the “theatre du soleil” Paris from Arianne Mnouchkine, He learned by Teresa Nawrot from the Grotowsky Ensemble Warsaw. In the 80ties he found a theatre in Berlin with Teresa Nawrot from “Grotosky-Ensemble” Warsaw.
In the 90ties he changed into the film business. He learned camera and directing. Since 1991 he works as a freelancer director and cameraman for documentary and commercials as for TV Station. He did documentations in the Ex-Yugoslavian war, most in Sarajevo. Another documentary film of a 3 months Expediton of South-West Africa. He worked since 2006 as author by the TV Serial “the Zoo Docu-Soap” (over 200 Episodes) for the ARD/DASERSTE.

Since 1999 he is teaching as guest lecturer at different Universities. He developed his own courses for non film students. From 2002-2010 he started at the Cooperate State University Ravensburg department economy for new media. Since 2010/11 lecturer at the Cooperate State University Heidenheim department social science children and youth. He teaches pedagogic of media and basic knowledge of transmedia. Since 2011/12 at the University of Design basic film making and future of transmedia. In the courses he combines theory and practice, the end is video clip done by the students with a concept of presentation.

Since 2007 he is the founder of the mobile phone workshops, trains youths, students and artists, the film basics and how to realize it with a mobile phone or small Video Cameras. His idea was adapted in Beirut, where he worked together with the NGO Permanent Peace Movement the project is called: HipHop for Peace. He did in Lebanon 2 workshops for the USAID and Goethe Institute Beirut. He teached at the private University Balamand Lebanon by the master class of graphic-design. He gives lesson at the Lebanon-American University in Media & Society. October 2008 he organized the FIRST CELL FILM FESTIVAL HEIDENHEIM under the topic: “Action instead of violence” He trained 6 weeks long, youths in workshops, how to develop their ideas. He worked together with different organizations, the police department Heidenheim and with the company VOITH AG. He is introducing his Idea to South-Africa and had a workshop at the York Primary School Ottery and with two HipHop Dance Crews. For the opening streetfight scene he worked with a Martial Arts and stuntman together. 2009 he develops his concept into Easy Media and interactive story telling. Different dance-films with the dancer and choreographer Csilly Nagy, Budapest sponsored by Ministry of Culture Hungary. Invited with the interactive video performance at the Performance-Express Saarbruecken Germany to Metz France, from the artist Byung Chul Kim.