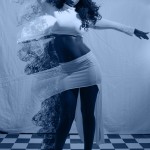 In the last time I´m occupied with racism, colonialism in Germany. It started that i could listen the discussion about refugees, racism in germany. My question is what I have to do as film maker. I asked myself, why media, politicians, scientists don`t talk, discuss the questions with origine and people of the other cultures, for example from Africa or the arabians. Scientists from these
Universities, artists or simple people? I looked to inform my self.

And I found and get inspired by a book: „Kritik der schwarzen Vernunft“ original title is in french: „Critique de la rasion nègre“ from Achille Mbembe.
He is a philosopher, teaching now in J`burg. He wrote a book about the colonialism and the black raison. Does exists 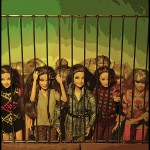 colonialisme nowadays. By his book I get inspired and want to create as photographer or film maker, my own thoughts. The basic idea is to find these old pictures of colonialism and the old stereotypes of african people. With this thoughts I started to work with Barbies as Comic figures or for a Stop Motion video.

Why Barbies? For me they are the synonym for innocence. As father i tried to resist agains the wish of my dau 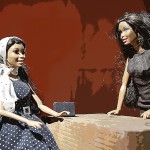 ghter to play with Barbies. I gave up, she won 🙂 She did it well.
My idea was why does not the Barbies talk about racism? Not the white Barbies, the african Barbies. Going further I developed a comic novel where i reverse the refugee problematic in close future. The Europeans flee to Africa and get blocked by their own fences, walls and AFRICOP ex EUROCOP agency.

My first experiences were, you don´t get a real used african Barbie in Germany! Wow, isn`t it an example for racism?
That`s another story.

We met and discussed what her and mine interest is. For the first shooting, always i prefere to do an easy shooting. At first we have to find out, how we work together. What is her interests, what are mines. Does they fit together. Does she feel comfortable with me as photographer. Can she trust me and open herself?
Only if an actor, actress or model feel comfortabloe and trust you as director or photographer you will create great Moments.
That`s what i believe and how I work in my projects. I see the work as a team work.

For the shooting i got inspired by the book of the african philosopher. What are my media literacy about the colonialism. What kind of
pictures I have in mind, unconsciously? I took the subject „Travelling, Moving, Departure“ I thought that could fit for her too. Cos she moved to Germany. For a first step it would fit. Than we will see, if she is interesting to move on with my idea, or what we will create together. Click on the pics ofEsther to see more.